There are multiple traps, pitfalls and challenges every publisher has to overcome in the process of monetizing their content. Very often these issues can be very insidious, devouring your ad revenues when you aren’t even aware of what is going on.

Shadow banning is a typical problem of this kind. As this term is mostly known in relation to the social media domain where it originated from, many publishers don’t even realize the problem of shadow banning exists in digital advertising.

So let’s talk about shadow banning in the online advertising industry: what is it, which activities can cause shadow banning and how to deal with this problem.

What is shadow banning? Shadow banning (also known as stealth banning or ghost banning) is, as Wikipedia defines it, a practice of blocking or partially blocking a user or their content from an online community so that it will not be readily apparent to the user that they have been banned. In other words, it is making someone’s content invisible or less obvious to other users of the service.

Shadow banning was introduced on social media sites as a way to punish problematic users, such as trolls and spammers, for their disruptive behavior, while also discouraging them by minimizing the audience they can reach on the website.

Originating from the very first web forums in the 1980s and becoming more popular in Web 2.0 era with social media websites such as Reddit entering the stage, “shadow banning” as a general web practice received a lot of media attention in 2018 with rumors that Twitter had shadow-banned Republicans.

What is shadow banning in the online advertising industry? Shadow banning also exists in digital advertising and works pretty much in the same way on ad exchanges and ad networks — as a response to violations on publisher’s side, such as invalid traffic, ad policy violations, etc.

The elements of shadow banning in response to violations can be applied on publishers both by the platform itself and its third-party users, including advertisers, supply-side platforms (SSPs), other networks and so on. AdSense and AdX, for instance, both can temporarily suspend and ban publishers in the case of serious violations. These measures, however, can’t be qualified as shadow banning since platforms such as Google’s respected ad services would notify the publisher about them.

When it comes to third-party advertisers and ad networks, working through bigger platforms, they can react to potential violations by stopping to bid on your ad inventory or drastically reducing their bidding prices. Publishers typically don’t get notified about such measures. Even though they can have a long-lasting negative effect on their ad revenues, these practices can be constituted as shadow banning.

What can cause shadow banning of publishers on digital advertising platforms? The only way to protect yourself against shadow banning from advertisers on digital ad platforms is to make sure your ad inventory has no violations.

Here are the most common violations publishers get shadow-banned for.

Google defines invalid traffic (IVT) as any activity that doesn’t come from a real user with genuine interest. Which means that a whole bunch of activities can be identified as invalid traffic. Here are the most common types:

Invalid traffic is a problem that pretty much has plagued the digital advertising industry since its very beginning. Today it remains a big problem for advertisers, as research shows that ad fraud costs them billions of dollars. For example, according to this report by eMarketer, advertisers lost over $14 bln due to ad fraud in 2018. Ad fraud is also considered to be the worst aspect of buying programmatic ads by agencies and marketing specialists, with 37% of ad professionals surveyed by US Advertiser Perceptions naming it as the major issue.

Interestingly, according to this report by Oracle, Germany has the highest IVT rate for desktop and mobile display advertising. France and Japan are second and third accordingly, while the U.S. is fifth (among the countries that were part of this research), just behind the United Kingdom.

Of course, identifying and preventing the invalid traffic is a broad topic that would need a separate article to cover in detail.

Here are a few bullet-point recommendations on how to prevent invalid traffic if you’re a publisher:

Look for the signs of IVT, such as sudden traffic spikes, minimal session durations (close to 0), high bounce rate (close to 100%).

There is a selection of specialized solutions for tackling IVT available on the market. Such tools are ShieldSquare, Integral Ad Science, Traffic Cop, and Forensiq.

Another major reason a publisher can get shadow banned on ad exchanges and other platforms is ad serving policy violations. Specific violations can vary as they depend on the policies of the platform you are using.

Here are, for example, main policies of Google Ads, violations of which could result in a shadow ban for a publisher:

How to prevent shadow banning for ad serving policy violations?

To avoid shadow banning, publishers need to make sure their ads don’t violate any of the platform’s major policies such as the ones listed above. Using specialized tools for ad testing and monitoring is also highly advisable here. As you can see, identifying and preventing shadow banning of ad inventory by advertisers can be a nontrivial task often requiring a publisher to have knowledge of multiple digital ad industry concepts, specialized tools and approaches to common issues.

Alternatively, having a team of high-qualified and experienced programmatic ads experts, such as the pubGENIUS team, on your side to take care of this problem and make sure your ad inventory is set up and operating with maximum efficiency, would be a smart solution. Our ad ops specialists are well-versed in the best practices and trends of the industry. We can help you to set up, optimize and manage your ad inventory to maximize the ad revenues. 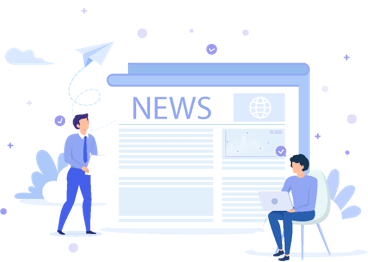